Air Force One is old.

​No, “Air Force One” is not actually a plane, but rather the callsign assigned to the plane the President of the United States is currently on. But the two planes that don the moniker most frequently are ancient, and while replacements are on the way, they won’t arrive for a while.

According to The New York Times, the Department of Defense is currently trying to button up a contract for the next iteration of Air Force One mainstays. The current pair—first flown in 1987—are modified Boeing 747-200Bs, a model that was initially introduced way back in 1971 but hasn’t been in production since 1991. Replacement parts are no longer manufactured, leaving the Air Force with the trouble of having them custom made.

Why ‘Mom’ and ‘Dad’ Sound So Similar in So Many Languages

The lost art of getting lost

Discovery used to mean going out and coming across stuff – now it seems to mean turning inwards and gazing at screens. We’ve become reliant on machines to help us get around, so much so that it’s changing the way we behave, particularly among younger people who have no experience of a time before GPS.

The genius of the aluminum can

The thriving wildlife of the Chernobyl Exclusion Zone

A new study from the University of Portsmouth looked at how wildlife in the area had coped over the past 29 years. The team found that a huge range of plants and animals weren’t just surviving, but actually thriving. The research was published in the journal Current Biology.

The high resolution originals allow for some breathtaking edits (above).

The original photos (as seen below) are raw and unprocessed  – organized by film magazine. 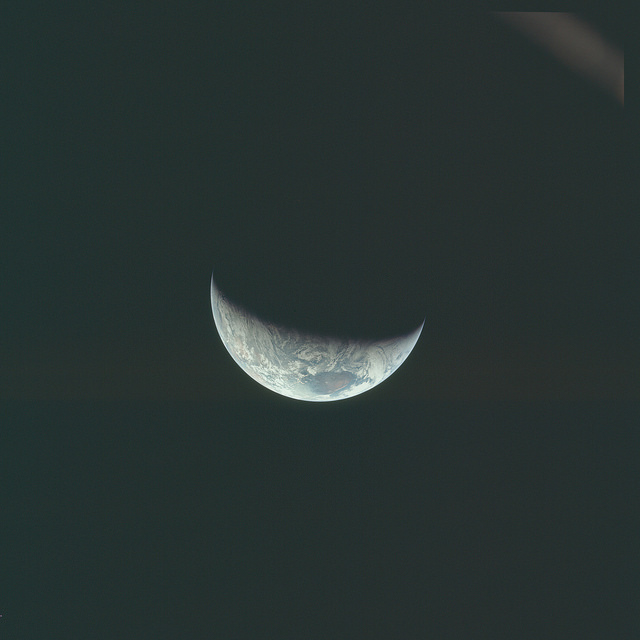 Contrary to some recent media reports, this new Flickr gallery is not a NASA undertaking, but an independent one, involving the re-presentation of the public domain NASA-provided Apollo mission imagery as it was originally provided in its raw, high-resolution and unprocessed form by the Johnson Space Center on DVD-R and including from the center’s Gateway to Astronaut Photography of Earth web site. Processed images from few film magazines to fill in gaps were also obtained from the Lunar and Planetary Institute’s Apollo Image Atlas.

A massive undertaking to organize 11000+ images. As these photos are in the Public Domain, the photos should be able to be reused without issue.

Exomedicine: How space exploration could improve medicine on Earth

Exomedicine refers to the research and development of medical solutions in the microgravity environment of space for applications on Earth, Kimel said.

He said that one major revelation from space travel is that humans know relatively little about living systems and disease processes outside of Earth. But the thing is, microgravity presents a great potential to uncover insights into better ways to treat and prevent disease.

Mars is basically a pretty arid place, so it’s pretty astonishing that the Mars Reconnaissance Orbiter was able to spot signs of liquid water on the planet’s surface.

But even more astonishing in a way is that one of the places where signs of water was spotted is a mere 50 kilometers from where NASA’s Curiosity rover has been exploring. After all, Mars is a pretty big planet, and signs of water have been spotted in only a handful of places.